2016 Elections in Russia: Boring? Or Unfair?

Russia has a new electoral process for the upcoming 2016 elections. New may not be better, at least for the opposition. Did the OSCE's election task force blunder in its recommendations?

“The Most Boring Election of 2016“ was the title of a recent Bloomberg.com article about the parliamentary elections in Russia on 18 September. According to the article, the election is a decided matter. 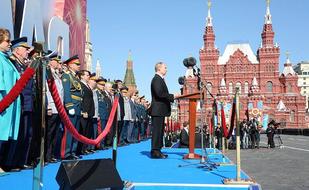 However, Bloomberg failed to recognise or mention the most obvious weakness of the big event, the new electoral process which puts the opposition at an unfair disadvantage. Here is how:

Last time in 2011, the Russian parliament – the Duma – was elected by the proportional electoral system. There was a threshold of 7% for a single party, therefore United Russia – the party led by Vladimir Putin – achieved an absolute majority of the 450 Duma representatives despite reaching just under 50% of votes. This phenomenon is quite widespread in representative democracies.

A mix of direct and proportional elections

For this year 2016, this effect will be greatly augmented by a new electoral system which effectively splits the Duma election into two separate processes. The first half of Duma representatives will be elected directly by a simple majority in one of the 225 constituencies according to the first-past-the-post system. Being by far the strongest party, it can be expected that United Russia will win most direct mandates, possibly up to 200.

The second half of mandates will be determined by the original proportional system, independently from the result in the constituencies. On a positive note, the threshold has been reduced from 7% to 5% following an OSCE recommendation. Like in 2011, United Russia may not reach 50% of votes. Assuming a 40% vote share they will win approximately 100 proportional mandates, for a total of 300 or more of the 450 seats in the Duma.

Therefore the election on 18 September is not entirely boring. The question is not the usual “Who will win the election?” but rather “Can a party win a super-majority power in parliament despite reaching significantly less than the absolute majority of votes?“

Ironically, this new electoral system has been designed not only by Russia but follows a recommendation of the OSCE’s Office for Democratic Institutions and Human Rights, ODIHR. In its report titled “OSCE/ODIHR Needs Assessment Mission Report“ dated 8 July 2016, the OSCE team emphasises: “... positively, a number of previous OSCE/ODIHR recommendations were addressed. Key changes to the electoral legislation include transition from a proportional to a mixed electoral system…”

With the new system, a single party reaching but 40% of votes could possess the capability to decide single-handedly on constitutional changes. Considering that most parties world-wide have a hierarchical power structure and are run by a very small group of people, this raises serious questions.

A solution may be offered by the German system, which uses a similarly split process but proportional mandates are compensated by direct ones.

The OSCE report does not critically question the new electoral process which strongly resembles the current system in the United Kingdom and the United States. This comes as no surprise and may be due to a well-known cognitive bias: we are much better in recognising others' faults than our own. The flaws in the new Russian electoral system may be actually a chance: more people may become conscious and critical of electoral systems which result in the ruling of the many by the few or - in the extreme - by one.